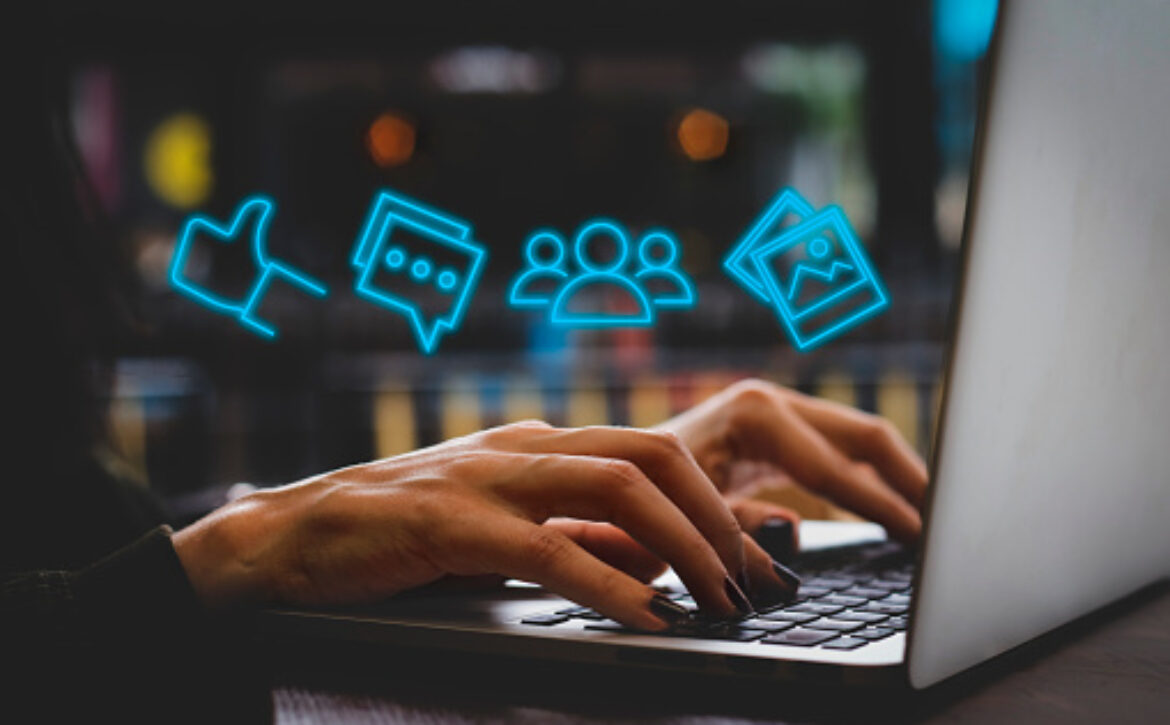 The Excellent Guide To The Best Social Media Advertising Trends

Looking to improve the internet appearance of your business? You’ve arrived at the proper location.

Being quick-witted and smart is essential in the constantly-evolving world of digital marketing and advertising for harnessing forthcoming trends, the most recent of which are exploding on various social media platforms. Even if you aren’t the most marketing-savvy individual, here is a list of 5 paid social advertising trends to keep an eye out for and include into your business’s social media campaigns (believe us, that’s all you need).

Paid social advertising, which should not be confused with paid search, is a very successful way to optimize social network pages in order to increase a brand’s reach and consumer engagement. This kind of social media material is typically labeled with words like “sponsored” or “promoted.” Paid social advertising is so alluring because each ad can be specifically targeted to the tastes of your most target demographic and because it’s typically less expensive than other types of marketing it’s never a gamble.
Facebook, Instagram, Twitter, Snapchat, Tik Tok, and Google Apps are significant players in the social advertising space. In addition to Reddit, other platforms that are gaining popularity with businesses and marketing firms include WhatsApp, Messenger, Pinterest, Linkedin, and yes, even Reddit.

Why do social media marketing?

The number of people using social media is growing at the same exponential rate as Earth’s population. Our primary sources of, well, pretty much everything these days, from entertainment to education to communication to consumption, are our phones, tablets, and computers. The days of being addicted to the radio and television are fast disappearing. What better way to adapt to our high-tech world than to get the word out about your product or service and have it “go viral”?

The term “digital marketing” refers to a variety of components that increase the visibility of enterprises. Recent years have seen a significant increase in the use of aspects like content marketing, email marketing, and search engine optimization.Recent marketing and advertising statistics show that Paid Social Advertising, which is a part of the umbrella, has experienced quite a boom in recent years. Statista projects that ad spending will increase from $521 billion in 2021 to $876 billion in 2026. The strong return on social media marketing investments is probably a contributing factor in this.

Digital marketers frequently believe that organic posts produce the best results. That couldn’t be further from the truth, though. Social media algorithms frequently reposition the goalposts, making business-related posts irrelevant in favor of information from friends and family. Businesses can acquire the outcomes they desire by using paid social media advertising to get around the algorithm.

Prioritizing your goals is crucial if you’re a business owner or digital marketing professional. Do you wish to increase brand recognition? drive visitors to the website of your business? producing leads and turning them into sales? convert one-time clients into devoted supporters?

Once your marketing objectives are clear, it’s time to identify your target market and the social media channels where they are most active. For instance, a clothes store would find it easier to promote its store and sell its goods on Instagram and Facebook, whereas a company that makes 3D printers might discover its target market on Linkedin.

Once you have created and disseminated content that addresses every aspect of the marketing funnel, it’s time to use analytics to evaluate the effectiveness of your social ad campaigns. These analytics, sometimes known as KPIs or Key Performance Indicators, cover a variety of variables. ROAS is the most popular KPI in digital marketing (Return On Ad Spend), CPC (Cost Per Click), CPA (Cost Per Action), and CPM (Cost Per Mille or Thousand Impressions).

Trial and error are sometimes a part of paid social marketing, so don’t be hesitant to make changes to your formula until you find a plan that works for your company.

After discussing the fundamentals of paid social advertising, let’s discuss some developments that are sure to revolutionize digital marketing and social media.

For many potential clients, social media is their first or second point of contact before being forwarded to a company’s website. It is simpler for business owners to communicate with customers directly if they focus all of their marketing efforts on social media.
Adults between the ages of 18 and 24 account for more than half of social commerce purchases made in the United States, with a projected $79 billion in revenue by 2025, according to consumer research. Global social commerce will develop into a $1.2 trillion sector in that same time span. In a different research, 68% of consumers whose data was gathered by Sprout Social, a top provider of social media management and analytics, reported having made purchases on social media. By the end of 2022, 98% of consumers, according to the report, plan to make a purchase via social e-commerce.

With 56 million active users, Facebook currently leads the social commerce space. Instagram comes in second with 32 million users, while Pinterest comes in third with 13.9 users.
There is also power in social commerce on other social media platforms. While Tik Tok users spent $2.3 billion on the app in 2021, Snapchat users had a staggering $4.4 trillion in global purchasing power. The latter was probably motivated by the trending hashtag #tiktokmademebuyit.

Since most consumers are more likely to purchase based on product reviews, comments, and recommendations from friends and family, social commerce is poised to become a major factor in determining purchasing decisions.

Users had the chance to not only amuse followers but also spread the word about their brand to a large audience thanks to Instagram Stories and eventually Reels.

By the end of 2022, Tik Tok, Instagram’s replacement, is predicted to have 1.8 billion users. Since adults between the ages of 18 and 35 make up 75% of its audience, there is a great need for captivating and innovative content. Short films are successful in digital marketing because they increase the time that consumers spend on an influencers for companies page on social media. Additionally, short films are shared far more frequently than content that is merely text and still images.

It can improve SEO performance from an analytics perspective. 87% of marketers, according to Hubspot, have noticed a favorable ROI from video content.

Live Streaming is the New QVC

Even while live streaming is longer than Instagram reels and Tik Tok snippets, it still qualifies as effective video marketing. Giving brands their fair market worth is the ultimate goal of it all. Live streaming is a powerful tool for engaging customers, educating them, and even entertaining them. Entrepreneurs or brand representatives can respond immediately to questions or issues from customers. You can then save the video and share it to your social media networks. Regular audience interaction humanizes your brand and lends it a more trustworthy appearance. That feeling has held true throughout the pandemic as physical stores closed and the need for interpersonal interaction increased to unprecedented levels.

Influencer marketing, affiliate marketing, and C2B (consumer to business) models are all terms used to describe using social media influencers to promote your brand. By 2022, affiliate marketing in North America is expected to generate $17 billion in income. Bloggers, celebrities, foodies, and fitness experts are frequently recruited to represent brands on social media. The outreach increases with the size of the following. However, small business owners and online retailers lack the funds to hire well-known people to advertise their goods and services. But there is still some hope. In addition to being more cost-effective, niche influencers and trend setters are just as good at raising brand awareness because they only charge $30 to $115 per post.
Because they have smaller audiences (less than 100,000). Micro-influencers are ideal for paid social advertising because their engagement rates are greater and more reliable.

AR, or augmented reality, entered our daily lives as a kind of entertainment with the help of Snapchat and Pokemon Go. With the help of e-commerce behemoths like Amazon and IKEA, it finally found its way into marketing, enabling customers to “try before they buy” by experimenting with digital copies of things in real-world settings. Since then, the idea has expanded to encompass apparel, accessories, and cosmetics as well.

On the other hand, VR, or virtual reality, entirely submerges users in a totally digital environment known as the metaverse. The idea of the Metaverse is not new, but Facebook has transformed it, and large brands like Gucci and Fortnite have realized its potential for social advertising. By 2023, it is anticipated that the market for AR and VR will be worth $94.4 billion, and it has a rather outstanding 40% conversion rate. It is safe to assume that it will spread throughout e-commerce.

To Wrap It All Up

These developments are all really encouraging, and the data support that. Additionally, they are probably more efficient when used in combination than when each tactic is used alone.

Don’t let a small business owner’s lack of resources deter them from improving their social media advertising strategy. Everybody may now get a piece of the action in the world of digital marketing since it has become more open. Young Techies can assist you in gaining your share by developing a successful paid social advertising campaign that will have a substantial impact on your company’s bottom line.

We are offering 15% off on Christmas Month

We’re spreading some Christmas cheer across our entire range. Get 15% off selected services- the sale ends on 25 December. 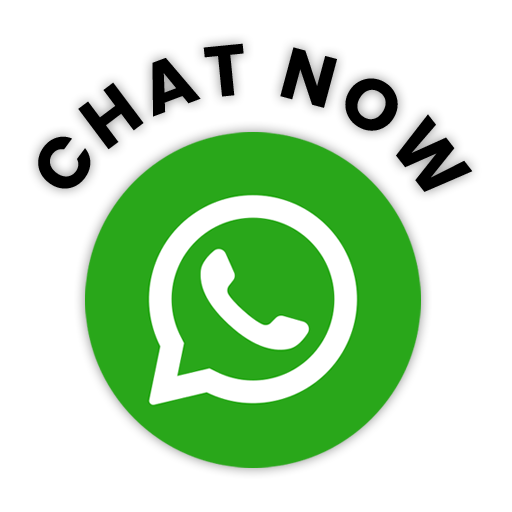